Nottingham Premiere: “The Unseen” with Director Perivi Katjavivi in Attendance 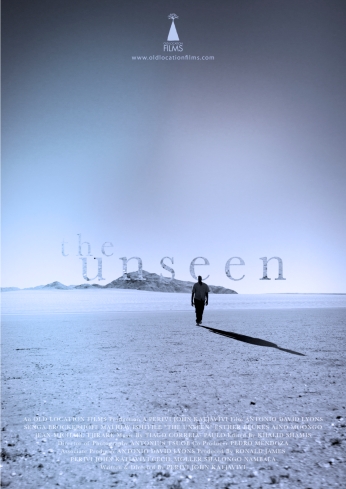 “The Unseen is an entirely new kind of cinema, inventing for itself a new language, refusing to be trapped in the past or shaped by white or western film models the way many South African films still are.  It’s one of the most exciting and visually beautiful films you’ll see this year.“ – Charles Blignaut, CityPress, South Africa

“Brilliant and refreshing. …. [Katjavivi’s] characters negotiate forces of neoimperial homogeneity in the present, while trying to make sense of the past. … This portrayal of life in the impact zone of post-colonialism and post-modernity has real substance and weight.“ – Sarah Dawson, Mail & Guardian, South Africa

“The Unseen is a powerful commentary on what it means to be a young person in modern-day Africa.” – Screen Africa

“A strong film of substance, a film debating issues relevant to Namibian society and the continent at large. We need more of this.” – Bishop Shekutaamba Nambala, ELCRN, Namibia

Perivi is an award winning Namibian writer and director. His films have screened at Cannes, Durban, LA and elsewhere. He has attended the Berlin and Durban Talents and was mentored under Haile Gerima at the Luxor African Film Festival’s yearly workshop series. He holds an MA African Cinema from UCT and continues to pursue work in academia researching contemporary portrayals of black masculinity in African cinema. He also serves as Chairman of the Filmmakers Association of Namibia.