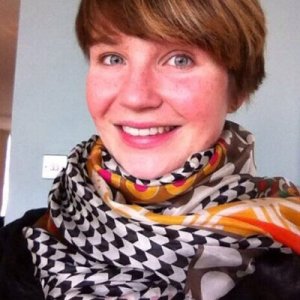 Dr Sarah Pett was a Research Assistant at the Postcolonial Studies Centre in Spring 2015. Having completed her PhD at the University of York in 2014, she is currently a lecturer at the School of Oriental and African Studies (London). Her primary research interests are Anglophone world literatures and the medical humanities, and she teaches widely in modern and contemporary literatures.

How did you first become interested in the field?

Like many academics in the humanities, I can trace my research interests back to personal experience. I spent most of my childhood living in so-called “developing” countries (my parents work in development and public health), and went to international schools, where I encountered many different cultures and literatures. And, though my mum did an English degree at university, the books on our shelves at home have never been what you would call canonical English literature – my dad has a cherished collection of travel writing (mostly from charity shops), and both my parents read a lot of novels from South Asia and Africa – a current favourite is Mohammed Hanif’s 2008 novel A Case of Exploding Mangoes. There’s also a family tradition of working in healthcare, which I attempted to uphold when I applied to do a medical degree. It ended up not being the career path for me, but has left me with an ongoing interest in the ways that illness and disability are represented.

What are your current research activities, and how does your teaching relate?

My PhD, which I’m currently revising into a monograph, explored the ways in which illness is written and read in Britain, the US, and South Africa, while my next project looks more widely at representations of illness and disability in English-language fiction from around the world. What really fascinates me is the widespread resistance, in both literary studies and the medical humanities, to reading accounts of illness as works of literature, and also the ways in which we tend to interpret representations of illness and disability metaphorically, particularly in postcolonial literatures. As an early career researcher and teacher, I’m lucky that I have already been able to teach on this topic, in the form of a third year undergraduate module on American Literature and the Body. With sessions on ageing, disability, and illness, as well as theory and texts related to embodiment and representation more generally, this module was directly informed by the forms of knowledge I engage with and create in my research. However, as I’ve gained experience, I’ve developed a more sophisticated understanding of how my research permeates my teaching practice, even when the content isn’t so obviously linked. A good example of this is my interest in the interpretive habits and conventions that we bring to texts, and how these play out in the assumptions we make about what certain texts are actually about. I’m particularly the ways in which these assumptions can actively go against the structures of meaning at work in a text or cluster of texts, and I’ve found this approach to be exceptionally relevant and rich when teaching Global Shakespeare, where we ended up spending a lot of time deconstructing myths about both the content and cultural context of his writing that circulate in secondary school teaching.